Hi,
This is a blog entry of a good and reliable friend of mine.

I’d be taking up the offer if I was that young!
Chris Hambly, the writer of the post is a similar position but would like to hear from anyone who takes part in the initiative.

This is the direction that modern marketing is going.
What do you think of targeted advertising in this way?

I get so frustrated not being able to be at the heart of what makes me tick. This Arts Council fiasco would in the past have left all like me, either out of "town" or on the road, seething and blustering, quietly raging at our colleagues or mumbling on the tour bus at the injustice and the nerve of it all and the... well, a good stomp around the building, the kicking of the odd flat, the rough man handling of a light or two and stubbed fingers to boot before a pause for a well earned cup of tea before the half... ha ha.

Thank you Facebook. Well thank you active members of Facebook who are equally miffed at the current state of affairs in the arts. Since discovering the numerous Save our Theatre facebook groups and creating the Save theatre in the UK meta group it has been heartening to see the membership of these groups rocket. One group "Stop the Cull" is particularly impressive with 1,120 members. Some venues under threat have high sign up numbers. Derby Playhouse with 5,321 and Bristol Old Vic with 2,234 at the time of writing this blog entry.

This (below) is the press release from Equity published today following the much anticipated meeting at The Young Vic Theatre where nearly 500 people turned up meaning the event was standing room only. If you attended I'd like to thank you for representing me. I am sure that goes for the many performers, production creatives and theatre staff up and down the country who live by the adage "The show must go on". This is and will, I hope always be true. However we'd like to be able to feed our selves and keep a roof over our heads. This is hard enough without funding instability and cuts. Another blog entry for a later date I feel!

This response enlivens my sense of hope in my professions sense of self worth and a vigor to stand up and fight. Thank you again to everyone who added their physical presence to the meeting, even if you did have to stand!

In a packed meeting at the Young Vic Theatre, London, today (9 January 2008) representatives from across the England’s theatre industry declared they had no confidence in the work of the Arts Council England (ACE) and its proposals to cut funding to more than 190 arts bodies from April this year.

The meeting, organised by Equity, was addressed by Peter Hewitt, Chief Executive of ACE, but his attempts to explain the rationale behind the decisions taken by the funding body were rejected by an audience of almost 500 at the standing-room only event. The gathered audience of performers, creative workers and representatives from many of those theatres facing cuts were particularly angry about the very brief consultation period (just five weeks which included Christmas and New Year holidays), the secrecy with which the proposals had been produced and the failure of the Arts Council to make explicit the criteria by which some theatres had been chosen over others.

Amongst the speakers were actors Malcolm Sinclair, who criticised the culture of over-management of the arts, and Patrick Malahide who criticised ACE for lacking a coherent intellectual strategy and actor/director Sam West, who made an impassioned plea for a number of smaller companies whose work would be curtailed by these cuts.

Addressing the meeting, Christine Payne, General Secretary of Equity, welcomed the extra money the government had made available to the Arts Council over the next three years, but said:

“We have a right to know how that money is being spent. We are extremely concerned about how these decisions are being made. Who are the judges? And what criteria are being used? There appears to be a distinct and perhaps deliberate lack of involvement from professional theatre practitioners in the decisions process currently used by Arts Council England. The process is not open, it’s not transparent, there is no dialogue with the theatre community.”

“Unless Arts Council England not only listens to the concerns of people here today but actually takes action to respond to them then the credibility of Arts Council England could be fundamentally and possibly irreparably damaged. We demand a thorough review of the process and procedures used by the Arts Council in reaching funding decisions, and until that review is completed the status quo should apply and the current funding process should cease.”

The meeting ended with a vote of no confidence in the Arts Council England moved by veteran actress Miriam Karlin, which was passed unanimously. 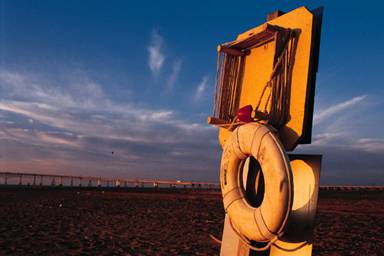 Happy New Year! Or not so happy if you're working for one of the nearly 200 regularly funded organisations who were told just before Christmas that their funding was going to be withdrawn from April 2008.

Equity have organised a meeting on Wednesday 9th January, 11 am, at the Young Vic which Peter Hewitt, Chief Executive of Arts Council England, will attend to explain the underlying rationale of the proposed cuts and to hear from Equity members what disquiet their proposals are causing. Read article in The Stage

I guess part of the reason behind this meeting - and what makes it worthwhile - is that the decisions haven't been absolutely taken and it seems that those who create enough of a (public) fuss might possibly be saved from the chop when ACE finally decides at the end of Jan.

There's no full list anywhere, but various publications are collecting the info they receive from companies, so you could look at http://www.thestage.co.uk for news or at http://www.artsprofessional.co.uk

I have collected many Save our Theatre Facebook groups.

Links to them all are in the Saving Theatre in the UK meta facebook group. http://www.facebook.com/group.php?gid=6587973954

Links are included for Theatres, Funding cuts objections and other related arts fund cuts and causes.

Many have links to petitions and surveys to document support for these enterprises. Check them out and show your support. Especially if you aren't in London to attend the meeting.

And finally... tell people to about this meta group. Saving Theatre in the UK http://www.facebook.com/group.php?gid=6587973954