Once upon a time Twitter was a stream trickling through the cracks of cyberspace. Its now a tidal river opening out into a vast ocean of commonly refered to as The Twittersphere.

Time was, when who ever you followed on Twitter pulled in all the activity of that tweeter this included all @ messages from those they followed. This full circle conversation visibility make joining conversations very easy with context of who was talking to who. It also helped building your follow list. Which in turn would broaden and enrich your twitter stream. That early day's dialogue has long since gone. It feels much more window-like than door-like these days. But that's the  pitfall of successful growth it seems.

Then a day came when the buzz was too much and tweets with an @ name became only visible to the person the message was intended for. To continue public dialogue the full stop was inserted as a fudge to prevent the exchange being exchanged only between the intended recipient and other @ names in the tweet.

So it has a purpose but why am I wanting it to stop?

Used as it was intended it announces to the twittersphere a comment you want everyone to see but it is a mechanism for the lazy construction of a well crafted intentional tweet.

Before I continue... adding the full stop prior to an @ name other than at the very start of your tweet shows your misunderstanding of the twitter vernacular and convention, do it and claim to be a 'pro' 'expert' or 'guru' and you will show your true shade of b*ll*cks

So full stop, How to combat it prevalence and pointlessness.

I'm using her examples to illustrate the alternative ethos (ie, using the dot) for audience dialogue and adding it for your message recipients... but is it necessary?

@dotsocialise thanks for the great #socialmedia tip

This message is thanking Stephanie for her great tips.

This message is about Stephanie but not really intended for her, the rhetoric dot! Seen by all but doesn't look good good on the eye! Better would be...

This message is being addressed directly to your followers, your audiences yet still credits the source of the 'greatness'.

So when could you use the dot?

.@David_Cameron once saw sense on the disaster of the "war on drugs", but no longer. Why? http://t.co/PMpPsbvCoY pic.twitter.com/fLG57TFDnn

A superb example of the rhetoric dot - this is most certainly an about someone, not to them tweet!

I saw this tweet from Owen Jones as I was writing this post and it's only quoting for context, a tweet from Owen that I would EVER configure letters to convey 'that man' in any writing I do. Why does Owen get this license? Check out his Politics of Hope talk (audio) from this years FutureFest.

TOP 10 platforms, tools and services essentials for your 2014-15 toolkit 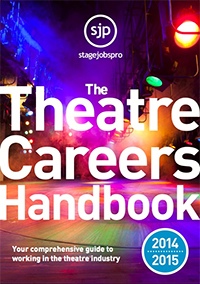